Apple is one of the most innovative and tech-savvy companies out there. Its market cap is over a trillion dollars along with the likes of Microsoft and Alphabet.

Steve Jobs is an absolute Genius and so is Tim Cook. They both have scaled Apple to one of the most likeable gadgets without any gender gap or age differences. Right from kids to adults, everybody has their favourite apps to bank on. If anyone of you living in this part of the world or anywhere else across the globe aren’t aware of the company Apple or the products they make, it’ll be surprising to me.

Apple’s one of the strongest brands out there with premium prices for smartphones, I mean gadgets.

Apple’s Ecosystem – Yeah that’s what I like when investing in Apple shares, not the numbers, not the Q1, Q2, Q3 or Q4 and iPhone sale numbers. Don’t get me wrong here, numbers are important, but here’s the real thing – brand loyalty across the industry is ruled by Apple. My 5-year-old iPad Mini still works fine and I can play high-end games with it, pick calls, listen to music and it has an amazing resale value.

Not to forget Apple has one of the most loyal fans across the tech space when compared to other product manufacturing companies in the likes of Samsung, Google, LG etc

What really set’s the Apple stock great? Why are people crazy about Apple products? What is Apple’s revenue all about? Is it just the iPhone sales? No, it’s not. Read on to know more.

Being an Apple user, in-fact I have an iPhone, iPad, MacBook, AirPods, Apple Watch (yeah almost everything out there except HomePod :P) and am very much part of Apple’s ecosystem with 200 GB cloud storage and Apple Music.

Now, what makes all of this great. Samsung has their cloud network, Google has too.

Then what really makes Apple fans loyal and stick to the ecosystem?

Yeah, that’s right. They all do have their own ecosystems (walls) but nothing works seamlessly as Apple does across devices.

For example, I don’t need to pick my call on the cellphone while working on Mac, it really works. I usually answer the phone call through my Mac during morning hours.

Also photostream, I don’t have to search for my Kid’s photos on my cellphone. I have set the photo stream option and can see all the photos on my Mac or iPad for instance.

I can bet neither Google nor Samsung has the code which can do this all and as good as what Apple does.

Sorry to deviate you away from the topic. I just wanted to make a point that, Apple is very hard to beat in the tech space and brand loyalty is very high because of the above-said reasons.

People love Apple products and it’s a fact. They are ready to pay the premium for its products because they know it works even after 4-5 years.

Fun fact – my iPad mini 4 which I bought in 2015 got the latest iPad OS update and runs as smooth as butter. I can’t ever imagine this from Samsung or forget Google doing this.

Do you really think that the only tech stock that Warren Buffet owns is Apple? He’s everyone’s stock market guru and investments, right? Can he be wrong? I don’t think so.

Alright, alright now. Enough of praising Apple. I won’t get an iPhone 11 Pro from doing this 😀

Let’s quickly look at the Apple stock market chart below for the past 15 years.

Now those are the kind of returns you can expect from a premium A list blue company which is listed on NASDAQ having a market cap of 1.07 Trillion dollars (as of writing, October 2019).

Can Apple Stock Really Continue Giving These Kinds Of Returns In The Years Going Forward?

Future Of Apple and the Impact on the stock

The iPhone 11 sales are really good. The redefined cameras and A13 Bionic are all great. It’s selling really well.

Don’t forget the new 13” MacBook Pro and the iWatch Series 5, and the latest iPad’s.

I strongly believe that Apple may not be the best innovative tech company out there, but it doesn’t mean they are second too!

But, look here’s the thing. Did we like the AirPod’s design at first. People mocked at it. Common on now. Don’t lie to me.

Remember the watch? People mocked it too for the design and in fact, called it a flop. Has it been so? No!

Now that’s Apple for you 🙂

In a nutshell, I strongly feel Apple is here to stay and will stay strong both in terms of revenue-generating and profit machine.

Apple is one of the highest dividend-paying blue-chip stocks. We all know that.

In 2019 alone, Apple Stock has issued $2.27 in dividends to shareholders. Apart from the growth trajectory of the stock, dividends are a nice way to boost your income.

Also, Apple makes billions of dollars in revenue every year. So dividend payments should only increase going forward as it’s been in the past.

Alright then, we spoke a lot about Apple and how good the stock’s prospects are.

Let us just compare Apples to Oranges, shall we? 🙂

Again, the only stock in NASDAQ right now in 2019, with the likes of Apple’s market cap in Microsoft.

Amazon, Google, Facebook stocks are all below the Trillion dollar market cap valuation.

Now then, Microsoft stocks doing great especially if you see the 2019 stock returns since Jan or even from the start of 2018.

I genuinely love the Microsoft stock and with all innovations they do, it’s really great to invest your hard-earned money in.

I think Apple and Microsoft are both amazing tech companies to invest your money in.

Well then, Apple stock is one of the few gems in the US stock market.

As an American or a Canadian, we need to really be proud of these high-tech product companies with so much innovation going on.

Also, Apple gives it back to the environment is great with so many recyclables being used in its products.

From an investment point of view, Apple Stock’s been great and has created so many millionaires and even billionaires over the past decade. As Mr. Mobile would say, Just stay Invested for as long you can my friends, and the company nor its products will disappoint you. Also, annual dividends are only going to rise.

Apple’s revenues keep growing and will do so with services outpacing the iPhone sales numbers.

Well, please let me know your thoughts and comments below. Please share this article if you like it. Thanks for reading and cya soon. 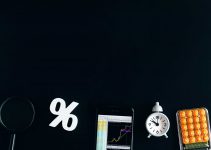 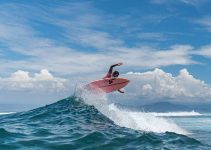 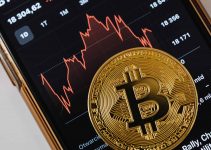