The Very Good Food Company (VERY) or the “Very Good Butchers” are from Vancouver, BC, Canada.

VGF’s is an emerging plant-based food technology company that designs, develops, produces, distributes and sells a variety of plant-based meat and other food alternatives food products.

Some of their popular products include:

The “VERY” ticker symbol is currently trading at $9.07 CAD on the Canadian CSE market and the ticker symbol “VRYYF” in the United States – OTC Markets (OTCQB platform). With everything that’s going on with the Company, we might see the upgrade to NASDAQ pretty soon.

Before we continue, let us quickly look at the stock chart for the YTD (year to date):

As you can notice from the above screenshot, the stock which was trading at shy of $2 (Canadian) is now up and trading at almost $9 levels. That’s more than 5X returns in 3 months.

Even though the company is not yet profitable and it is definitely a growth beast.

But, what other factors are actually driving up the share price to these insane levels? Will the stock move further up, let’s find that out in the next section.

Factors Driving Up The Share Price and the Future of the Very Good Food Company (VERY, VRYYF)

1. People love VGF products and taste. To witness this, just head over to the link here. And look at the reviews there. It’s nothing less than a five-star rating for almost all the products displayed.

2. Very Good Foods Growth trajectory. Look at the growth of the company Q to Q here:

Even with the pandemic around and stores shut, the company has been doing these amazing numbers.

“Due to the demand for our product, inventory production is just in time and finished product typically does not stay on hand for long. Production volume sold was 126,293 lbs for the three months ended September 30, 2020, an increase of 37.2% compared to the prior quarter.” – Very Good Food Company.

The decrease in the gross margin is largely due to increased product returns in the period due to delayed shipping of eCommerce orders by third party couriers. That’s the reason for the gross margin percentage drop compared to Q2 (50%-36%). This number should shoot up soon, once COVID is gone.

5. The company is currently operating from the Victoria facility at limited production capacities. They have already identified two new facilities – one in Vancouver B.C (Rupert Facility) and the other in the U.S. California (Patterson Facility).

Here’s more info regarding this –

During the third quarter, a unique opportunity to address near-term demand was presented for an already built-out as a food production facility in Vancouver, British Columbia (the “ Rupert facility ”); comprises approximately 45,000 square feet of production, refrigeration, warehousing, R&D and office space.

The Rupert facility is expected to be capable of producing up to 37,000,000 lbs of annualized product to be phased in over the next year representing an approximate increase of 2690% over the expected annualized production capacity of the Company’s Victoria facility of 1,375,000 lbs per year.

The Rupert Facility should be operational starting Q1, 2021.

On August 31, 2020, the Company signed a lease for a production and distribution facility already fully built-out for food production located in Patterson, California (the “ Patterson facility ”).

The facility is approximately 25,000 square feet and requires minimal renovations as it already contains key food production infrastructure such as coolers and freezers.

The Patterson facility is expected to supply the U.S. market. Under the terms of the lease, VERY has a right of first refusal on an additional 25,000 square feet in the same building to double its footprint.

Within the overall complex, over 500,000 square feet of warehouse space is also available to the Company for cold storage as its operations expand.

The Patterson facility has finished its initial layout design and is expected to be capable of producing up to 98,500,000 lbs of annualized product.

The Company recently recruited a plant manager (Ana Silva from Daiya Foods) with extensive experience in the food manufacturing industry to oversee its Patterson facility’s operations.

6. The Very Good Food Company currently has approximately 275 active wholesale accounts (Active Wholesale Accounts) with a waiting list of more than 50 businesses who have contacted the Company.

The Company has experienced strong demand for its products in these wholesale channels and has had high-level discussions with a number of large, nationwide retailers. The wholesale program is currently being limited due to production constraints at the Victoria facility.

Designed as a flagship store concept to showcase VERY’s Products and serve as a test kitchen. The Butcher Shop & Restaurant is a key marketing and branding tool.

8. Monthly Meat Club subscription service (online and e-commerce) – The Company currently has approximately 1,000 active subscribers across Canada and in the United States with new subscribers joining every day.

The Company’s eCommerce sales allow it to capitalize on varying streams of consumer demand, by shipping products directly to consumers; and transforming proven demand into a recurring income stream via a subscription model.

The company is currently shipping out 1000+ orders every week.

Again, the online orders are currently being limited due to production constraints at the Victoria facility. 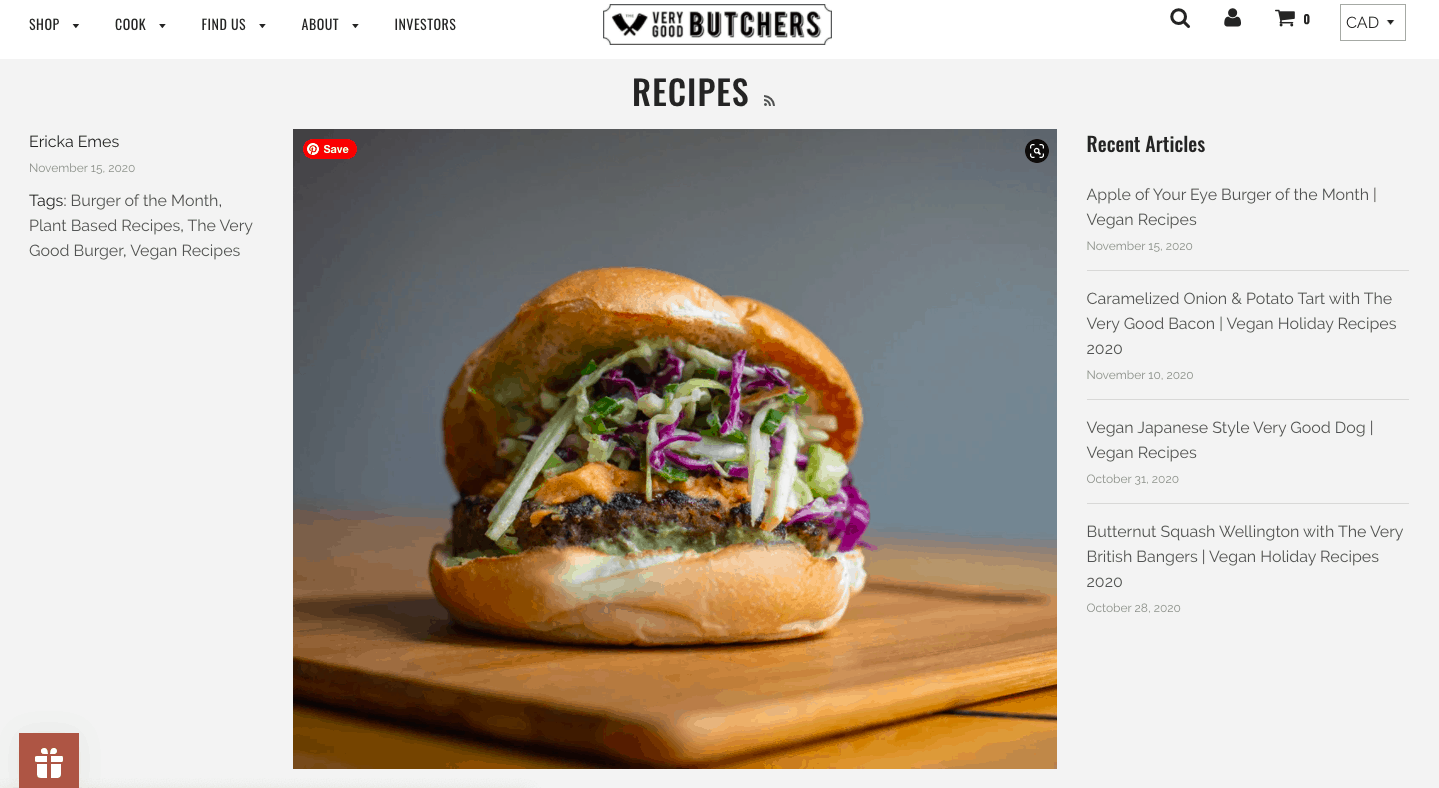 9. During the quarter, VERY expanded its distribution network as part of its continued focus to scale operations.

As a result of new arrangements, the company has expanded its points of distribution by over 30%.

On July 15, 2020, a highly anticipated distribution relationship with Sobeys Inc. became active, which initially includes 30 Thrifty Foods stores in British Columbia and Alberta with follow-on potential for significant expansion across their 1500 store network.

Through its online store and retail network in Alberta, SPUD will distribute the Company’s products to an expanding base of Canadian consumers.

SPUD is a certified B Corp and the winner of numerous awards, including The Best Grocery Delivery by Georgia Straight Magazine (2016-2020), The Sustainable Process/Facility Awards (2019), and The Think Beyond Plastic Innovation Challenge Award.

The 3PL facilities are located in Ontario and on both U.S. coasts, with capabilities of reaching anywhere in North America in 2-3 days via ground transportation.

Previously, all shipping was centralized out of the Victoria facility, which delayed shipping times for customers and required cost-intensive air mail. Establishing hubs across North America is a critical step in building a scalable eCommerce business.

11. For the nine months ended September 30, 2020, adjusted EBITDA decreased by $4,316,428 over the same period in fiscal 2019, mainly due to an increase in advertising and promotion expense, selling costs and wages and benefits.

The increase in advertising and promotion expense was due to increased activity around building brand awareness and the Company’s eCommerce presence.

Bill Tolany joins VERY’s Board of Directors – Bill served as the Senior Director of Marketing at Whole Foods Market, where he was responsible for launching the company’s integrated marketing team and growing alternative commerce sales by hundreds of millions of dollars.

Bill was then recruited by Amazon to join the company as Regional General Manager, where he helped lead the launch and expansion of AmazonPrime Now, Amazon’s transformative entry into local retail and ultra-fast delivery.

The Rupert facility is expected to be capable of producing up to 37,000,000 lbs of annualized product to be phased in over the next year representing an approximate increase of 2690% over the expected annualized production capacity of the Company’s Victoria facility of 1,375,000 lbs per year.

With a waiting list of more than 50 prospective wholesale partners, the demand in retail is driving our expected change to sell 70% of VGF’s future production through wholesale channels, compared to 20% year-to-date, with current gross sales per pound ranging from $7 to $10 ($15 to $22 per kg).

14. The company recently announced a U.S. wholesale broker agency relationship with Good Now Foods, an established sales and marketing agency specializing in placing health food products in retailers across the West Coast of the U.S.

Good Now Foods has been engaged to secure wholesale partnerships in the U.S. in advance of the production ramp-up scheduled for 2021.

16. The Very Good Food Company recently entered into a new distribution agreement with UNFI Canada to distribute The Very Good Butchers line up of products across Canada, first focusing on the East coast.

This agreement represents a significant milestone for the Company.

UNFI Canada is a subsidiary of United Natural Foods, Inc., which is the largest publicly traded wholesale distributor in North America delivering healthier food options to people throughout Canada and the United States.

“With two production facilities coming online in 2021, the recent partnership with a third-party logistics partner and now our distribution agreement with UNFI, we continue to build the infrastructure necessary to scale our operations to the next level. I am incredibly proud of what our team has accomplished to date and look forward to an exciting end to 2020.” – CEO Mitchell Scott

So, the million-dollar question remains, should you buy the VERY (CNE) stock today?

Without any hesitations or further adieu, I am all in on this one.

The Very Good Butcher Company looks extremely high growth company, transparent in their financial and business plans approach with a great hardworking team of Mitchell and James. Starting in 2021, the company should easily 5X its revenues, up from 1 million in the recent quarter.

With gross margins of close to 40%-50%, the company is just starting out to realize its true potentials. They’ll be in the US next year competing against Beyond Meat (VERY’s products are way better and natural) and all across Canada (including East Canada).

Once the base is established here in North America, the company plans to further expand to Europe, Australia and Asia (in a time frame of 2-3 years).

The company’s metrics and honesty in reporting financials are extremely transparent and clean. This one’s definitely a 5-10X in the making. Just stay invested and have patience. By the end of next year, I am expecting the stock price to soar to $25 (once the two new facilities are up and running).

PS: This post is neither sponsored nor paid for.

Thanks for reading! Let me know your thoughts and comments below. 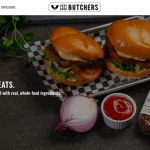 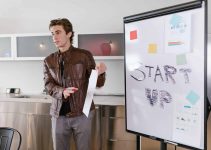