Lucky Day App is pretty famous on the iOS App and Play stores. The Lucky Day App has got more than 10 million downloads since launch and has a rating of A- from the BBB. If you’re feeling lucky right now, or plan on betting your fortune for something big, then this review will provide you with everything you need.

One thing that separates the Lucky App from others is how solid the company behind it is and how well it operates. Even though the majority of the winners are from the US, you can still find winners from around the globe.

The App is free to download and all you need is to be sound about how it works to maximize the benefits. In this review of the Lucky Day App, I intend to do just that. Let’s begin with the review then.

Company Behind The Lucky Day App

Lucky Day was founded by Lucky Day Entertainment Inc. in the year 2014.

The company is based in California, Beverly Hills and has a very detailed profile that explains its culture and introduces the people behind the app to the users.  Also, the company has a very good A- BBB rating.

A closer look at the profile indicates the continuous growth of the company and more importantly, a diverse group of people behind the app. 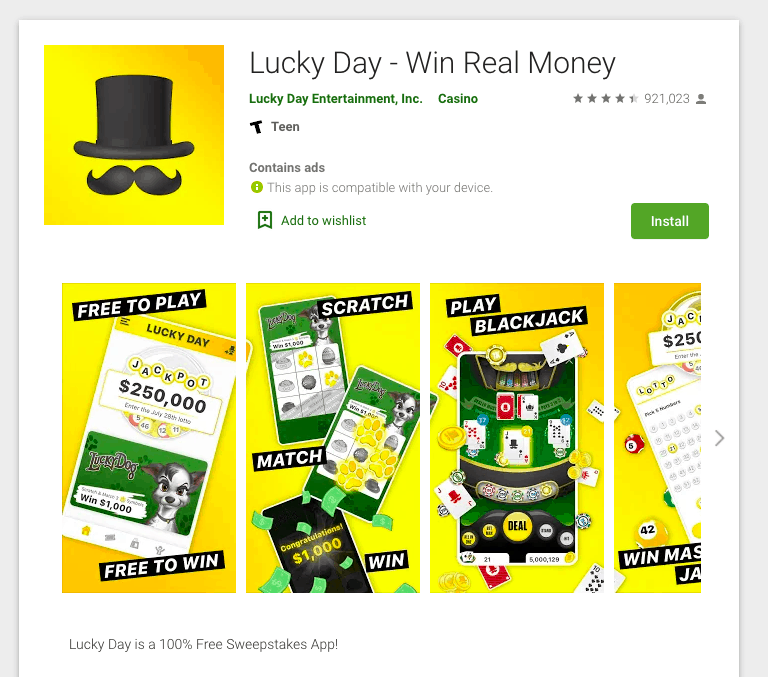 What Is The Lucky Day App?

The Lucky Day App is one of the popular sweepstakes App on mobile devices (android and iOS devices) that allow users to play a range of game variations with the possibility of winning cash prizes on the table.

To get the app, all you have to do is go to the Play Store (Android OS) or App Store (iOS) and then download it on your device. Unlike other gambling apps, Lucky Day App is totally free to download.

Apart from cash prizes, tokens are available to be earned after a game. These tokens can be later redeemed for gift cards and raffle tickets. Tokens can also be earned by inviting friends, watching an advertisement, and completing offers.

How Does The Lucky Day App Work?

The first step to take is to download the app from Play Store (Android OS) or App Store (iOS) on your device. Immediately the app is installed, you will need to register with the company.

There are varieties of games you can choose from each day. There are the raffle, lottery, scratch-off lottery tickets, and sweepstakes. Cash prizes and tokens can be won from these games.

What Is A Lucky Day Token?

The token can be referred to as virtual money spent only in the game. However, it can be used to purchase real-life items from the app. But what is the token’s worth?

Most gambling apps make use of a point system so it is very hard to determine the value of tokens. The Lucky Day App makes use of this system also.  So before you start investing your time you should check the “Redeem Reward” section.

A little calculation might give you an idea of what a token worth. On the app, a $2 Panera bread gift card will cost you 3 million tokens. That’s pretty high right for a $2 gift card. This implies that each token is worth $0.0000001. The value is extremely poor

However, the value of each token is not a constant thing as it falls and rises during the game. Not by a significant difference though.

This is the main focus of the entire Lucky Day game. Once you download and open the app, this is the first game you will see. To keep the game going, approximately 20 new scratchers are added to the game daily.

To play this game, a scratcher of your choosing has to be opened up with the aim of matching three symbols before you can win the cash prize. However, if you don’t get to win the prize, there’s always a token for you to win.

Lucky Day Raffle requires you to enter tickets to win various prizes. Entering for a ticket is not totally free. Tokens won from the game are used to enter for a ticket.

The value of the ticket to be won equates the number of tokens required to enter for the ticket.  For example, a ticket value of $2000 would cost 2000 tokens.

It is important to know that the tickets are time bound as to when they are going to announce a winner.

With Lucky Day Lotto, five random numbers are allowed to be picked by a user to get a chance to win big. If your numbers get matched, you get to win. Here is a breakdown of tokens and cash to be won based on the number of matches.

The reward system of the Lucky Day App is straight forward. There are two types of reward; the in-game reward (token) and the real cash price. For every game, you play there is always a reward waiting. You either get the token as “compensation” or you win the cash price

How easy is it to get tokens at Lucky Day?

The process of getting tokens is quite easy. However, getting enough token to purchase something significant is another ball game.

An average of 1500 tokens is earned on each ticket scratched. If you get to do the whole 20 available each day, that will be a total of 30,000 tokens per day.

With the hope of buying the $2 Panera bread gift card that costs 3 million tokens, it means you will need to scratch all 20 cards 100 times over a period of 100 days. This is a really long time.

The easiest way to earn tokens will be the lotto, which we know is a game of luck. So looking at the bigger picture, accumulating tokens is not very easy.

Winning the cash prize is why a lot of people joined and want to join this app. However, it is not as easy as it was advertised. Cash can be won in the scratch-offs as well as the raffles and lottery.

The minimum cash withdrawal a user can make is $10. However, there have been negative reviews about not being able to hit the $10 mark due to system glitches.  Is it a coincidence? I guess we will never know.

The minimum cash withdrawal is placed at $10 and payments are made only through Paypal. If you reside in the US, tokens can be redeemed for different gift cards. However, a minimum of five million tokens can be exchanged for another gift card. Payment is expected to be received within 5 to 10 business days.

As stated in the Lucky Day App terms and condition, the chance of you winning depends on the number of players in a game and the total scratcher card collected by players.

The company has recorded a total of 10 million downloads and with new players coming in every day, the odds are very slim. You have to be really lucky to win a $5 prize talk more of winning the $100,000 jackpot

You can play and win prizes on the Lucky Day App from anywhere in the world.  .The app claims users have an equal chance of winning irrespective of the country. However, US citizens win most of these prizes.  On the winner’s tab, a larger percentage of winners are from the US.

The Lucky Day App has a rating of 4. 5 out of 5 on Google Play. Personally, I feel the app does not get to have a 4. 5 ratings as there are many negative reviews about the app.

The common complaint users keep giving is not being able to get to the $10 minimum cash withdrawal.  Users complain about getting stuck around $7 and some around $9.75. This implies that a lot of users have not been able to cash out.

Honestly, the reviews are not that encouraging. Before you find some that actually got paid, you would probably read more than 20 reviews. 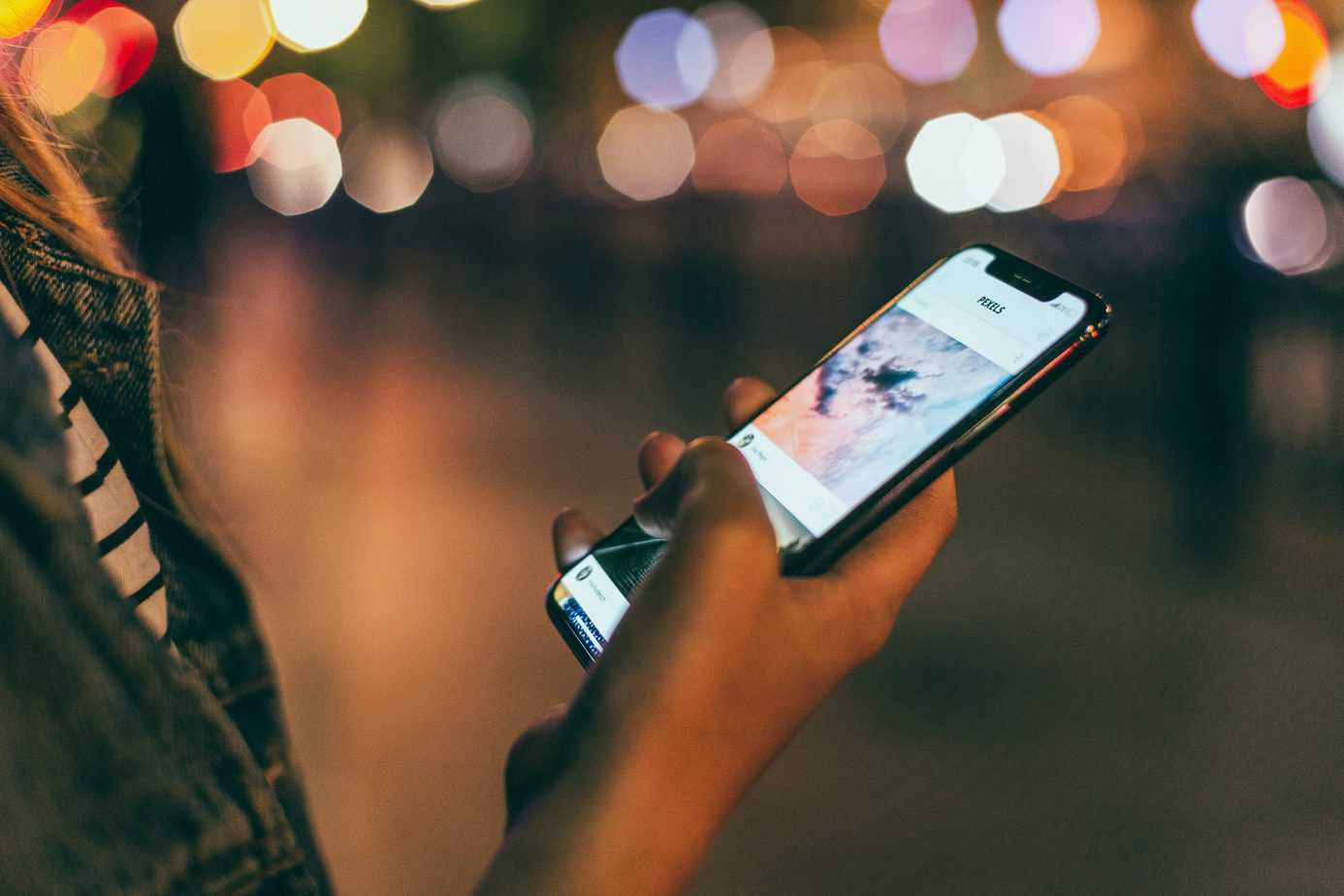 Is The Lucky App Legit Or A Scam?

The company behind the Lucky Day App is a solid one, making the app totally legit. There have been many users for sure but in relation to the total number of users, the percentage of winners is extremely low.

If you are looking to make real money out of this app, I recommend you not use it at all. You have a better chance of winning the lottery in your city than on this app. However, if you want to play the games to see how lucky you might get or just for the fun of it, then the Lucky app is for you.

If you like the content of this article, please share it on social media and help spread the word. Also, don’t forget to let me know your thoughts and comments in the comment box below. That’s all for now. Stay healthy and safe. Bye now! 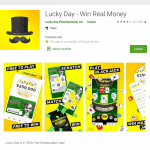 Sagar Sridhar is a personal finance blogger from Canada. His genuine passion for personal finance coupled with his unique style of writing is what stands out. Professionally, he is a computer engineer, agile certified and has a master's degree in Project Management. His writing has been featured or quoted in the leading Canadian publications such as Credit Canada and many other personal finance publications. While he is juggling between his day job and blogging, he is the main author on this blog and has miles to go before making the final pit stop. 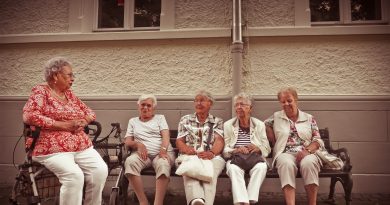 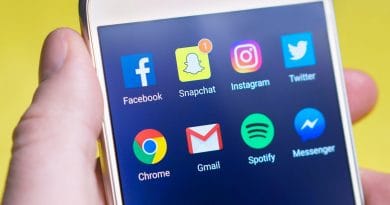 Rogers Share Everything – Is it the best telecom plan ? 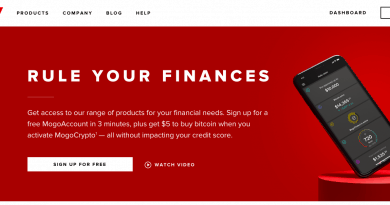 Stay Away From Mogo! It’s Going To Destroy You Completely!